Founded in 529 by St. Benedictfrom Norcia on the site of an ancient tower and a temple dedicated to Apollo, located at 519 meters above sea level, the Montecassino Abbey suffered alternating events of destruction, looting, earthquakes and subsequent reconstructions.

In 581 during the invasion of the Lombards, the monastery was destroyed for the first time and the community of monks, with the remains of the founding Saint, had to take shelter in Rome, spreading the Benedictine communities enormously. Rebuilt around 717 thanks to Petronace from Montecassino, the abbey was destroyed a second time by the Saracens in 883, being rebuilt by Pope Agapito II only in 949. Destroyed by an earthquake in 1349 it was rebuilt in 1366 to take on the appearance of a Neapolitan baroque monument, before being destroyed again in 1944 during the bombings of the Second World War.

Saint Benedict and his sister Saint Scolastica were born in Nursia (Norcia) around 480in a noble Christian family. As was the practice of the time, the boys coming from noble families were sent to study in Rome and so happened to St. Benedict, who soon became tired of life in the capital, characterized by debauchery and immorality.

He embraced his spiritual life by isolating himself as a hermit, until he was entrusted with a monastery. Here his period of growth began leading him to build 12 monasteries in Subiaco to move then, in 529, to Cassino. On the top of the mountain, St. Benedict and his most faithful disciples built the first abbey of Montecassino. 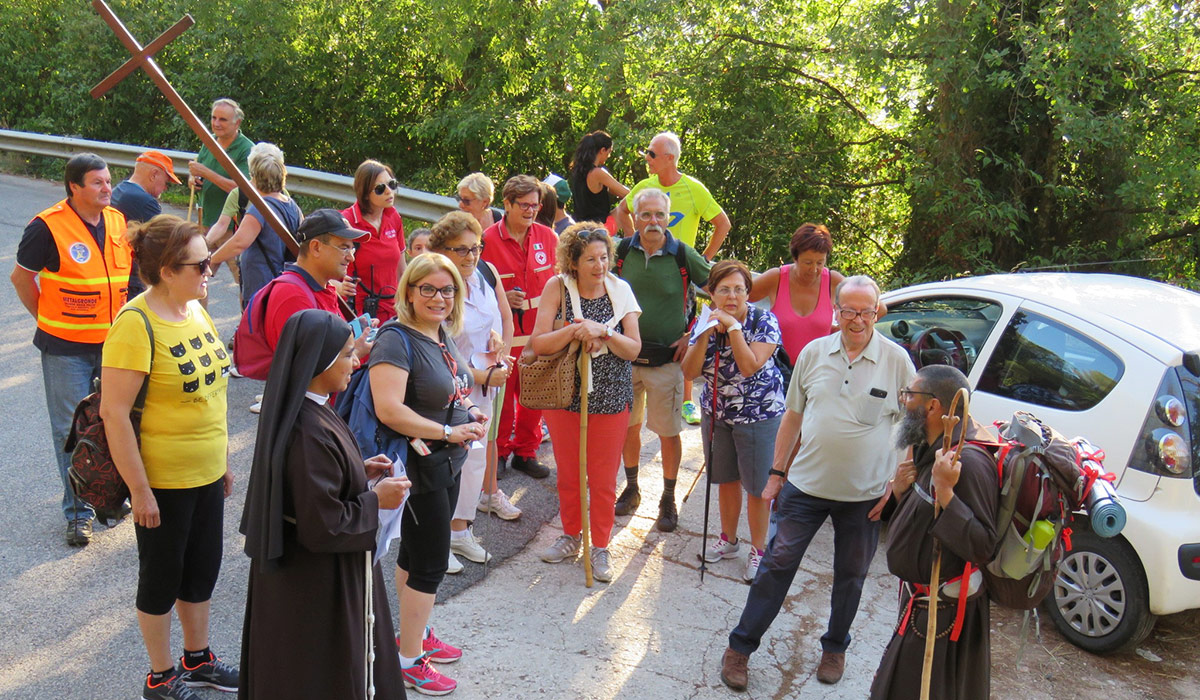 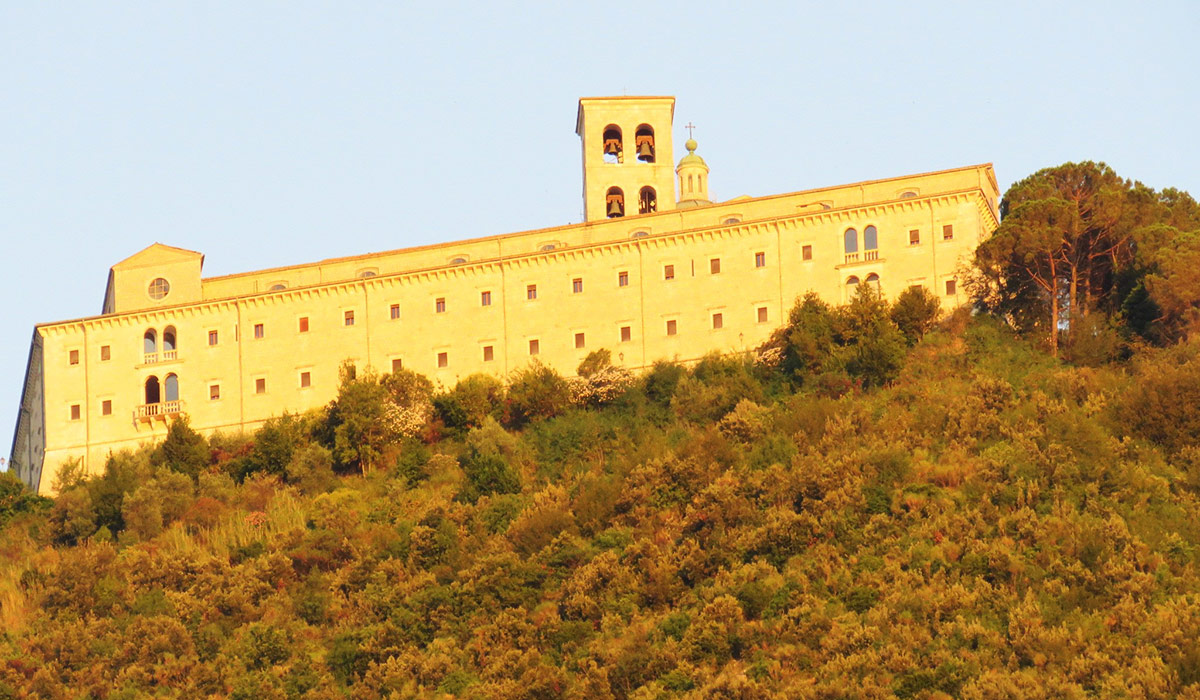 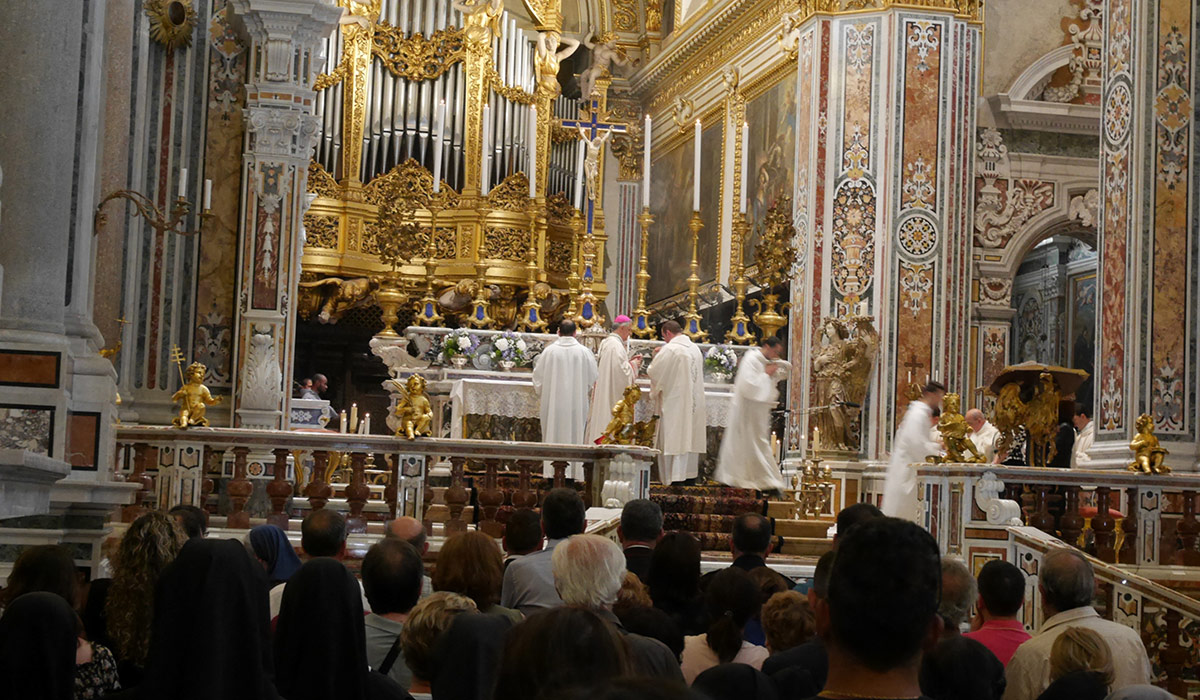 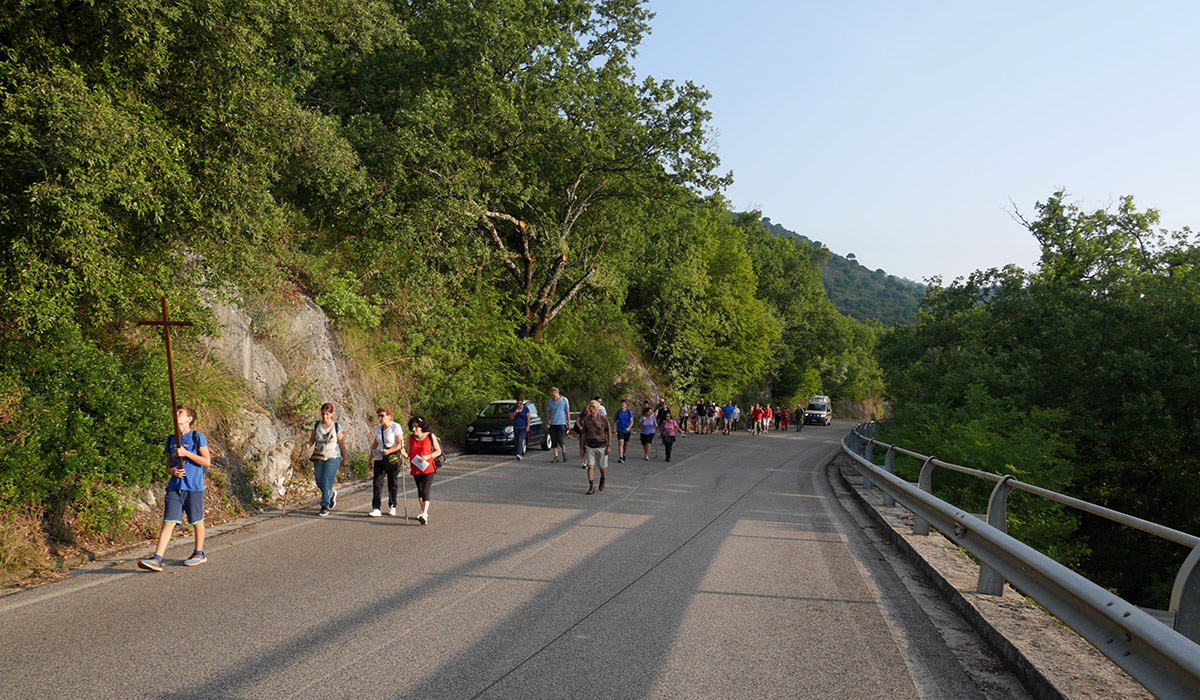 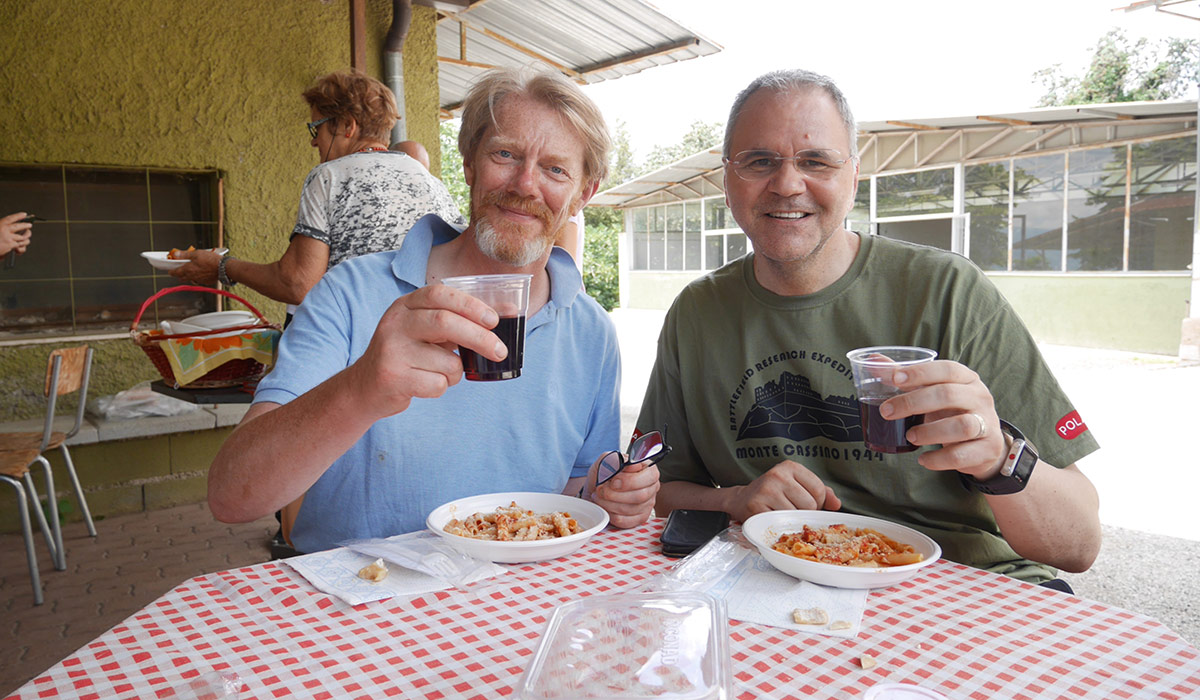 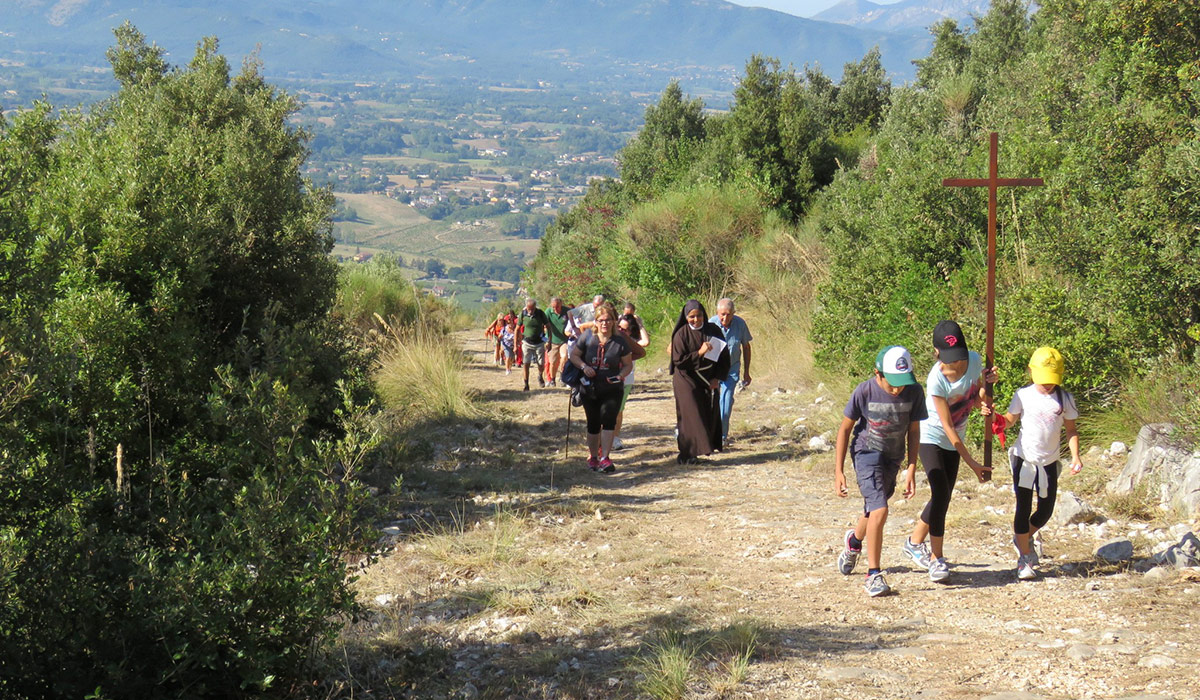 Montecassino Abbey of is one of the greatest religious and cultural place in central Italy.

Throughout the Middle Ages, in fact, it was a very lively centre of culture through its abbots, its libraries, its archives, the schools of writing and miniatures, which transcribed and preserved many works of antiquity.Historical testimonies of the highest interest and of sure validity have been collected and handed down to Montecassino: from the first precious documents in the vernacular to the famous illuminated codes, to the precious and very rare incunabula.

Destroyed by the earthquake in 1349 and rebuilt again in 1366, the abbey assumed in the seventeenth century the typical appearance of a Neapolitan baroque monument, thanks to the pictorial decorations of many artists including Luca Giordano, Francesco Solimena, Francesco de Mura, Giovanni de Matteis. The ancient monastery had come down to us in this shapebefore in February 1944, during the second phase of the battle of Montecassino, a massive bombardment of the allied forces destroyed it again.

The reconstruction, started immediately after the end of the war, tried to reproduce exactly the destroyed architectures. Pope Benedict XVI visited Montecassino on May 24, 2009, on the 65th anniversary of the destruction of the abbey. The Pontiff - who at the time of his election on the throne of Peter had chosen his name inspired by the figure of St. Benedict of Norcia - prayed on the tomb of the saint, recalling its importance in European cultural education.

Organization and information about places to visit or hiking on the fields of battle of Montecassino. END_OF_DOCUMENT_TOKEN_TO_BE_REPLACED

Cassino is the second most populous city in the province of Frosinone and develops for 1 sq km at the foot of the Hill on which stands the famous Montecassino Abbey. END_OF_DOCUMENT_TOKEN_TO_BE_REPLACED