At the foot of the hill on which stands Montecassino Abbey

A TERRITORY RICH IN HISTORY AND TRADITION

The Royal Palace of Caserta, Pompeii, the Gulf of Gaeta, the National Park of Abruzzo. Cassino is located at the center of these magnificent places to visit. Moreover, thanks to good road and rail links, it's a shame not to take advantage of it. Therefore, if you had planned to visit only the Montecassino Abbey, consult our information sheets so you can give yourself an unforgettable excursion. We have indicated the distance, means and time needed to reach the indicated destinations. And do not forget that we apply great discounts and special offers for those staying in our hotel for more than one night.

CASERTA AND THE ROYAL PALACE

Caserta, which arose following the reconstruction of the Reggia in 1725, commissioned by King Carlo Borbone, is north of Naples. The city stretches on the edge of Campania felix = lucky, so named because it is a very fertile plain. The royal palace, built by Vanvitelli, was the favorite stay of the sovereigns until 1859. The austerity of the exterior of the Palace is combined with the refinement of the interior. The project extends over five floors of rectangular shape including four large courtyards with 1200 rooms.

Inside the Palace, you can admire the Palatine Chapel, inspired by the Versailles Castle and the great halls of the guards, of the halberdiers and of Alexander the Great. However, the real museum is represented by the two royal apartments, with sumptuous and luxurious furnishings and decorations in rococo and neoclassical style. The park behind the Royal Palace of Caserta is a succession of tree-lined avenues, pools, waterfalls and staircases, in addition to the famous 4 fountains that symbolize the 4 elements of nature. 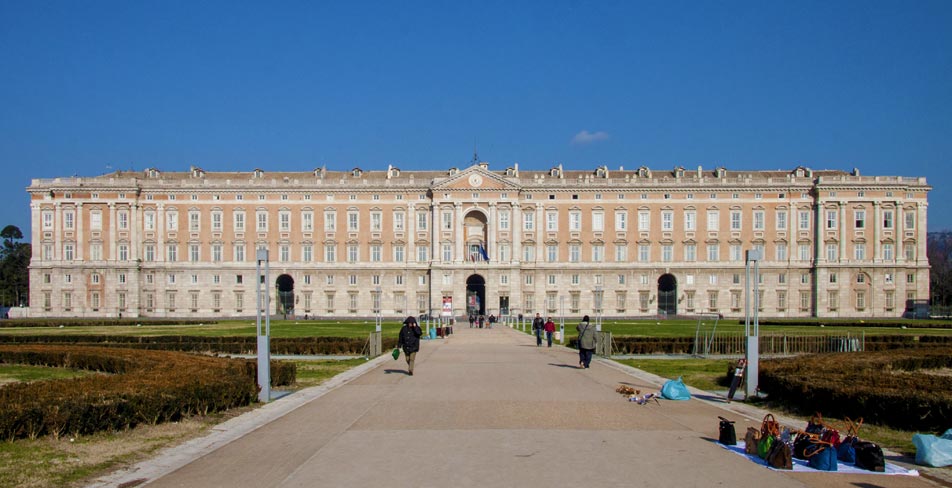 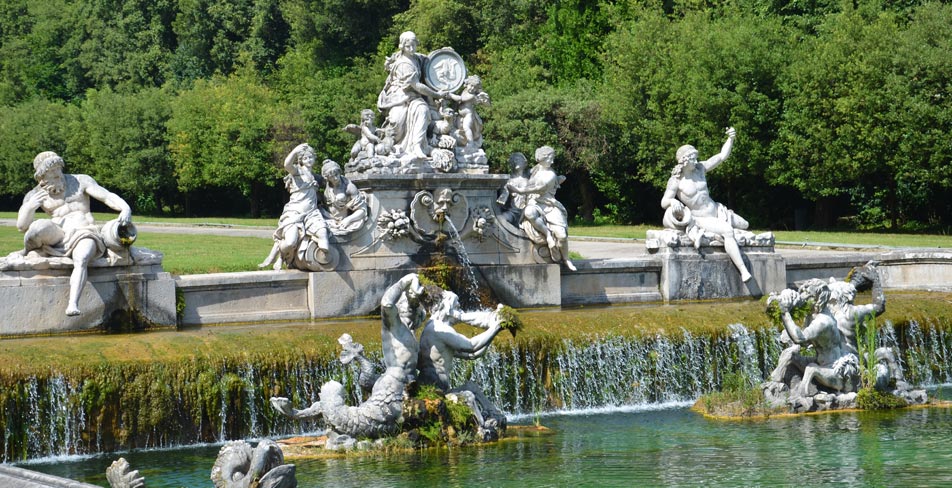 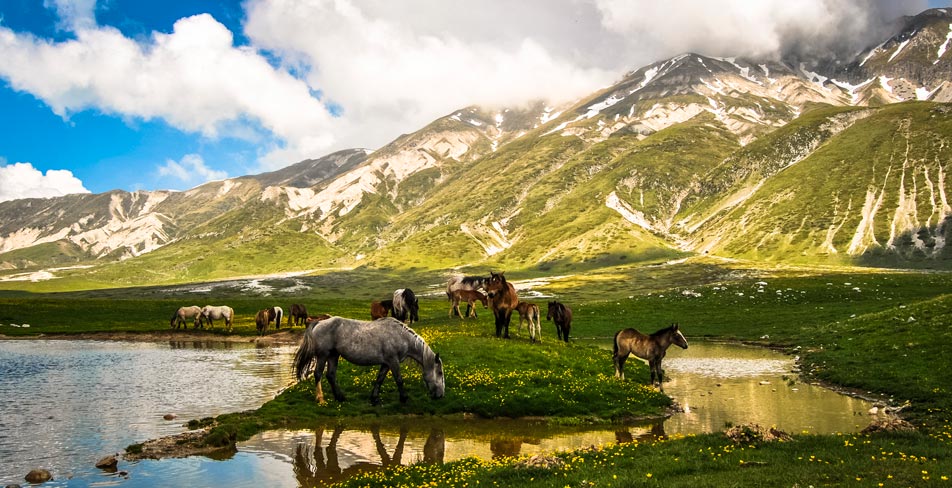 From the Sora-Avezzano highway, taking the exit for Atina and continuing towards the mountains, you enter the Abruzzo National Park, a mix of lush nature, vast open fields and the tranquillity of an enchanted place where time seems to have stopped. With a little 'luck but also a lot of caution, you can be able to glimpse protected animals such as the red fox, the Marsican bear, the ibex and the golden eagle. Spending pleasant hours in perfect relaxation can be a perfect choice for those who want to forget the stress of everyday life, walking among the arched paths of the mountains or go horseback riding and then stop to refresh at an isolated mountain refuge.

Naples is the ancient capital of the Kingdom of the Two Sicily's, a cocktail of hospitality, colors and ancient traditions. Walking through its narrow streets can be a fun and exciting experience to relive the past. You can visit the Maschio Angioino, the Royal Palace, the Castel dell'Ovo, and continue along the streets of Lungomare Caracciolo, Mergellina etc. 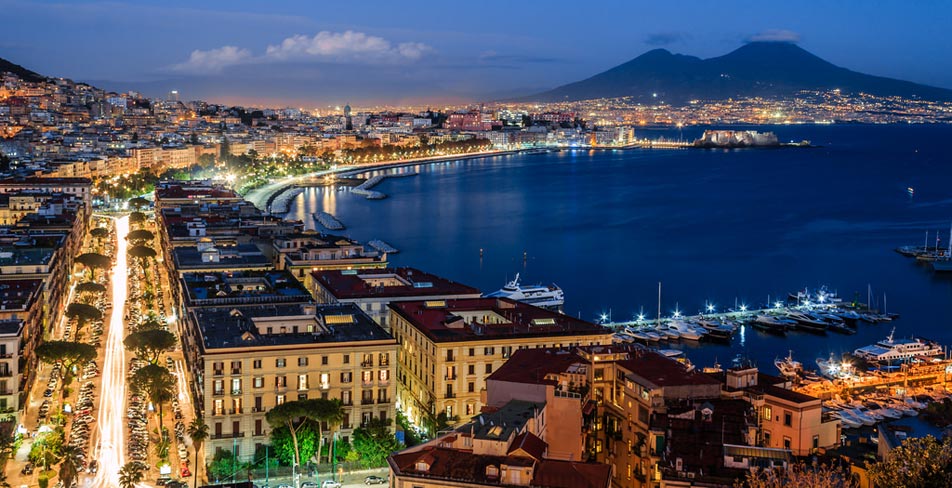 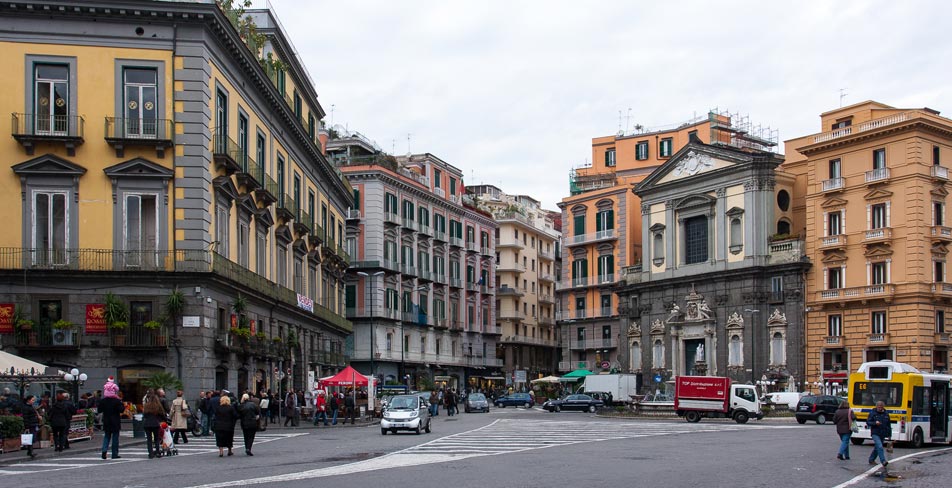 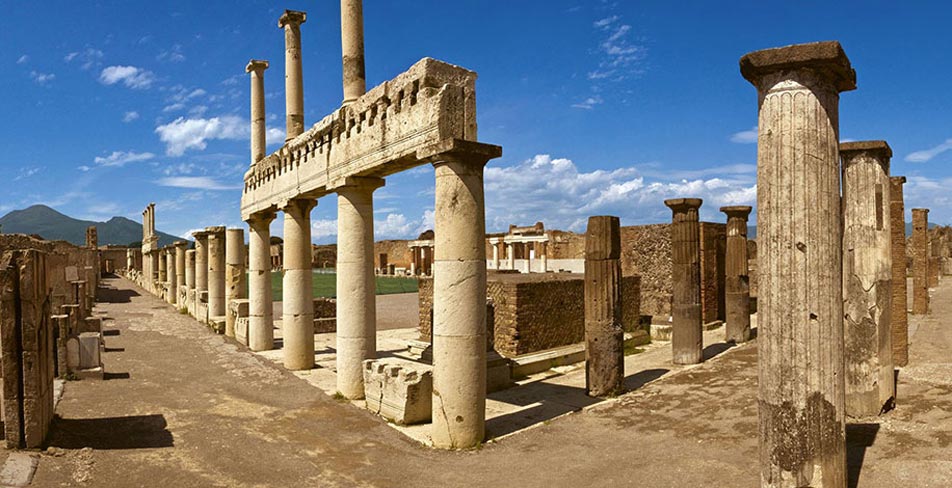 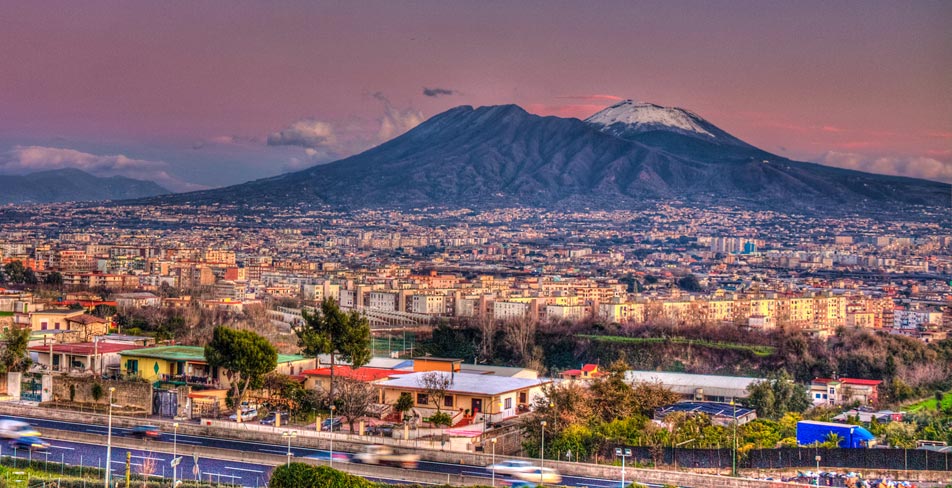 In Pompeii you have to visit the famousarchaeological excavations. The city was completely buried by the lava of the volcano in 79 AD together with Stabia and Ercolano. Walk on the edge of the 600m wide crater, where you can admire the whole Gulf of Naples, the Sorrento Peninsula and the island of Capri, is a unique emotion.

From our hotel you can get to Rome, the eternal city, where you can visit the most famous monument in the world, the Colosseum, the Basilica of St. Peter with the famous Bernini Square, the Catacombs, the Pantheon. In this beautiful city, you can turn around to discover the most famous Roman squares, crowded with tourists, to go shopping, admire the showcases and buy souvenirs of the capital. You can also stop in front of the famous steps of Piazza di Spagna, where among the beauties of the flowers that form a striking backdrop, fashion shows by world-famous designers are held. Finallyyou can stop for some souvenir photos between the drips of exploding fountains and end with a visit to the Vatican Museums. 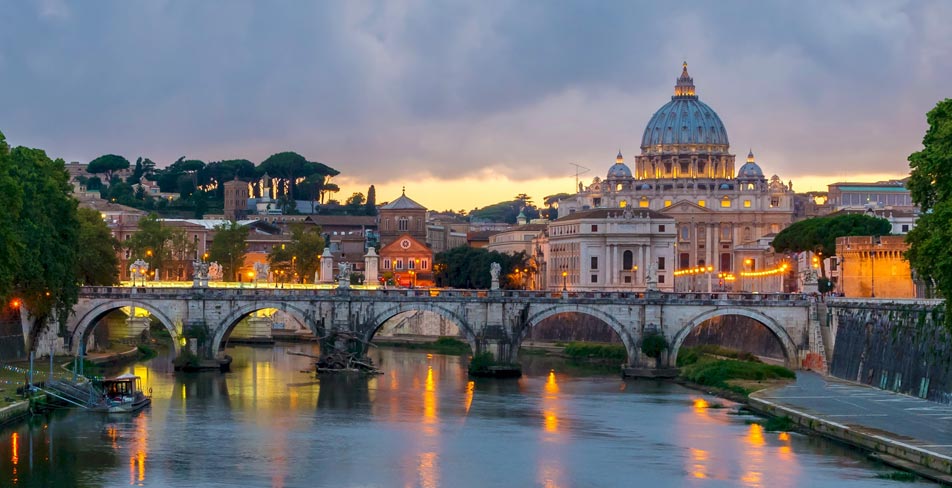 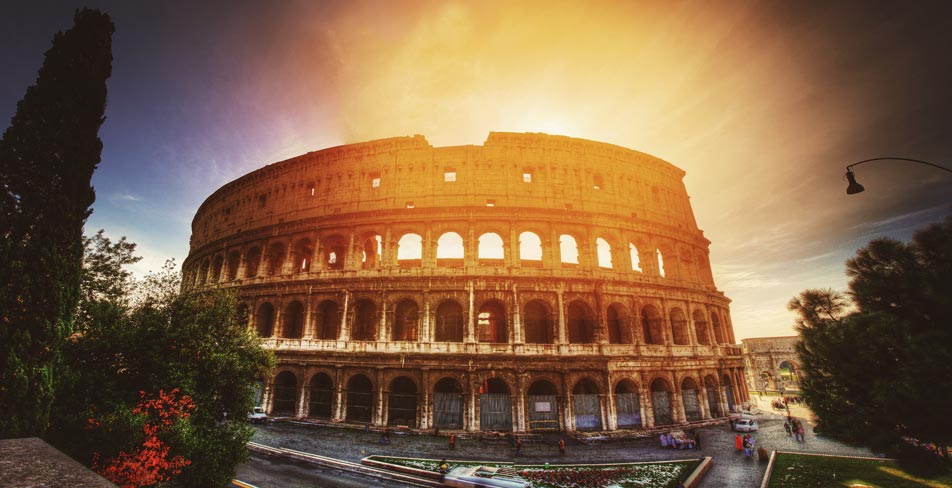 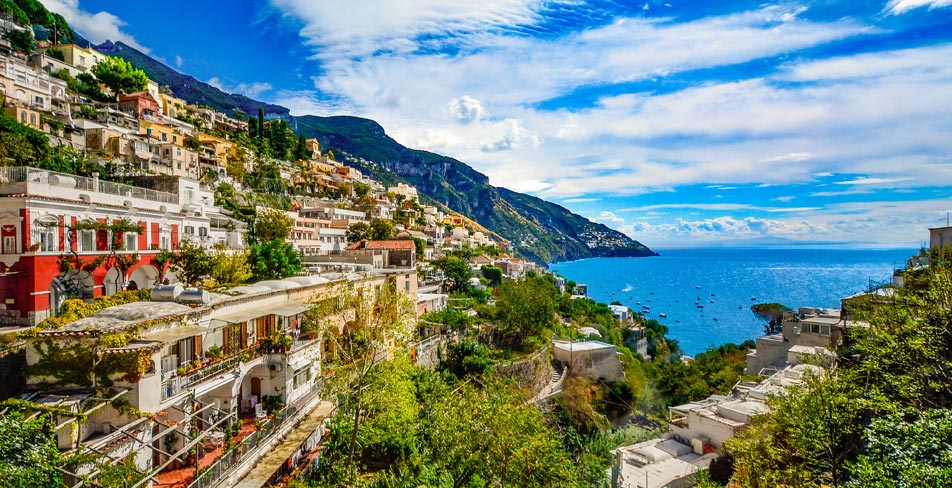 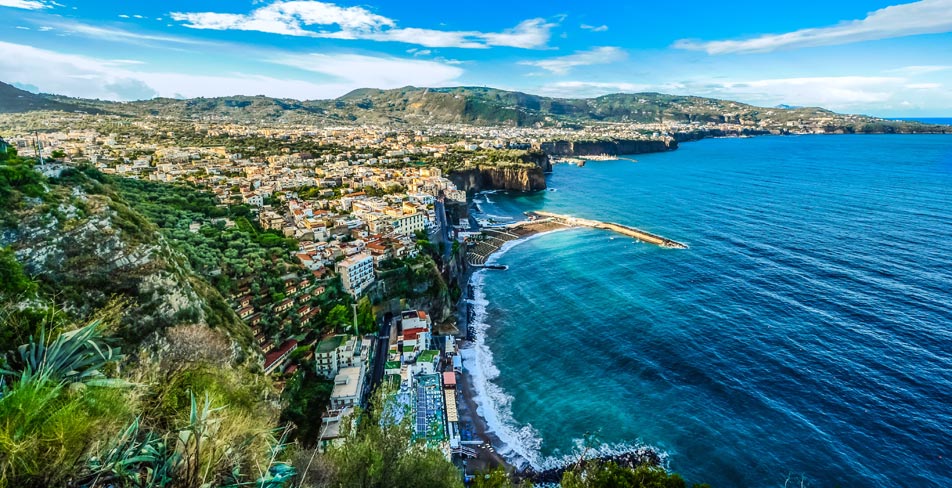 Overlooking the Mediterranean, one of the most scenic roads in the world stretches out, the Amalfi Coast connects the Gulf of Naples to the Gulf of Sorrento. The origins date back to the Roman Empire, before becoming the territory of the Duchy of Naples. It is a succession of marine views, ancient countries such as Amalfi, Positano and Ravello, charming alleys and luxurious villas, without forgetting the charm of vertiginous gardens perched on citrus and olive groves.

The Emerald Grotto, a karst cavity in the rock where the lights that filter through it reflect a fantasy of extraordinary colors, is something wonderful. The whole coast is dominated by a panorama of incomparable beauty.

Km 45 FORMIA AND GAETA: Easy to reach (about 40 km) the Tyrrhenian coast, where you can visit Gaeta, an ancient medieval village, and Formia, a famous tourist and seaside resort where you can admire the windows of Via Vitruvio or go shopping in the imposing shopping center. In Gaeta you can visit the Cathedral of the XI century, the Sanctuary of “Montagna Spaccata”, with the chapel of the Crucifix and the Angioino Castle. Connections: car SS. Via Ausonia 30 minutes - Bus or hotel shuttle (on request) 30 minutes.

Km 50 SPERLONGA: Beyond Formia, we reach Sperlonga, an ancient medieval town, colonized in ancient times by the Arabs to become later Norman territory. The whole village perched on the Ausoni Mountains, remembers the villages and the districts of North Africa, with its tall houses and narrow corridors. Sperlonga is a charming seaside town with over 10 km of clear beach. The marina is quaint, as is the archaeological museum and the little squares in the centre of the town surrounded by markets in oriental style. 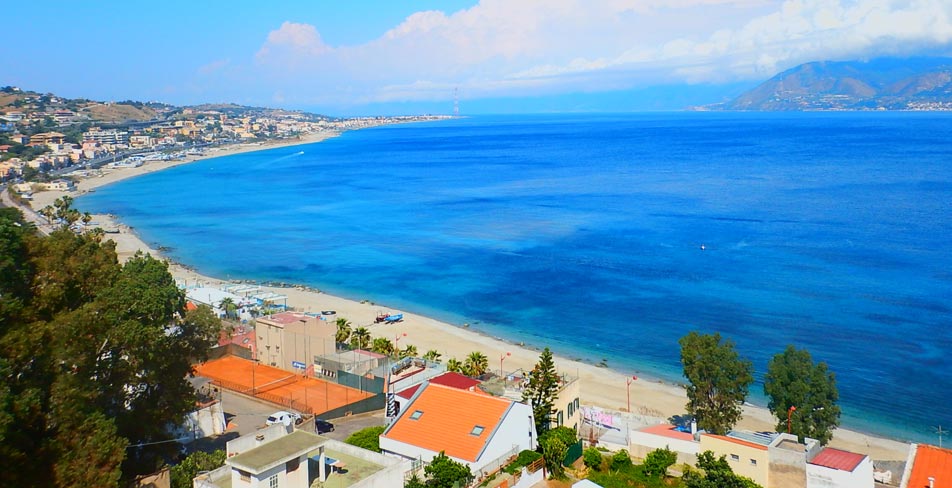 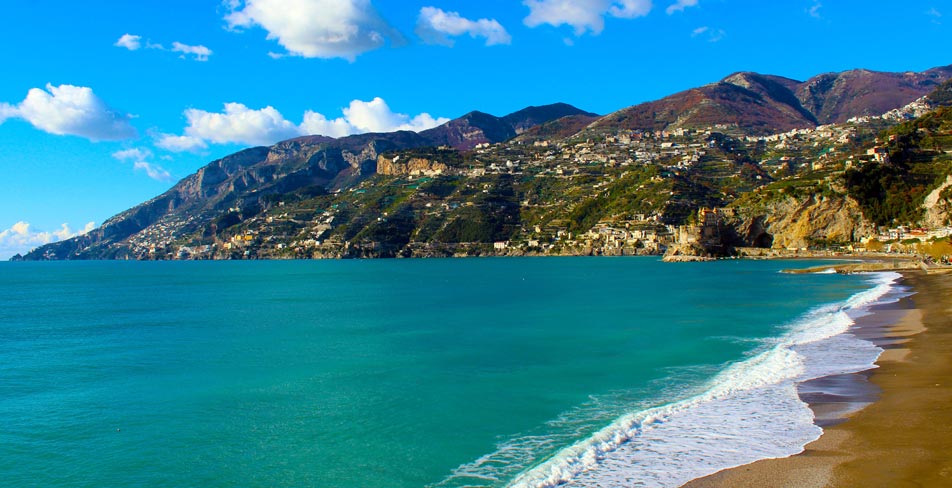 Organization and information about places to visit or hiking on the fields of battle of Montecassino. END_OF_DOCUMENT_TOKEN_TO_BE_REPLACED

Cassino is the second most populous city in the province of Frosinone and develops for 1 sq km at the foot of the Hill on which stands the famous Montecassino Abbey. END_OF_DOCUMENT_TOKEN_TO_BE_REPLACED